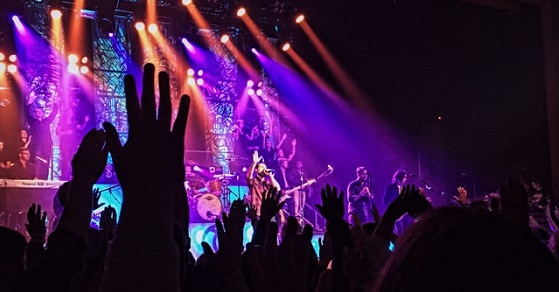 One of the main plot points in my upcoming book, Becoming Bryan, is the fact that his father is the head pastor of a large conservative Christian mega-church.

I didn’t model the church in the book, the fictitious Eternal Savior Christian Church, after any particular real-life church, although the inside of the sanctuary that I describe in the book is similar to the inside of a church in Phoenix that I have played trombone at a couple times (not for a church service).

Having said that, the Washington Post recently ran a story about a mega-church in Forth Worth that I found interesting – and a bit frightening. One of the main points of the article is that churches like this are venturing farther into the political space than ever before.

This has always been murky water. According to the IRS, churches are allowed to take positions on (and lobby their members for how to vote on) issues, but not political parties or candidates. For example, during the 2006 and 2008 elections, when Arizona had anti-marriage-equality constitutional amendments on the ballot, churches could take positions for or against these initiatives, including putting signs in front of their churches. They’re not supposed to state their support or campaign for, say, Biden or Trump.

The truth is, trying to hold a church legally accountable for violations is nearly impossible to do. It would be very unpopular, politically. So they have probably figured out that they can get away with almost anything.

In any case, here’s the article: An American Kingdom. It will give you a peek inside mega-churches and the influence they wield.