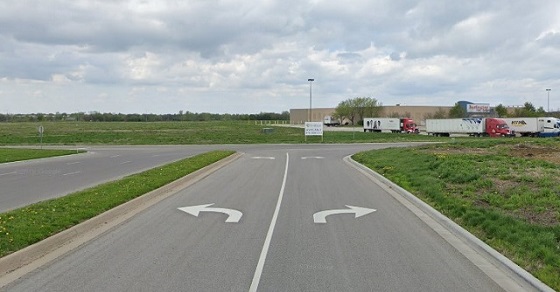 In the front matter of most novels, there’s a statement such as the following:

This book is a work of fiction. All names, characters, places, and incidents are either the product of the author’s imagination or are used fictitiously. Any resemblance to actual persons, living or dead, business establishments, events, or locales is purely coincidental.

You’ve probably seen it so often you take it for granted and don’t think much about it.

Yet, I’ve discovered it’s difficult to write a fictional story that doesn’t make some reference to real-life people, places, and brands. I’ve already received questions such as, “Is [some character] based on [some real person]?” or “Is [some scene] autobiographical? Did that actually happen to you?”

One of the biggest challenges I faced while writing Maybe Next Year was how to refer to actual places and well-known brand names. Often, the question of whether to use actual names or to make them up boiled down to this: Could I be sued for using them? Am I violating anyone’s trademark?

While researching this topic, I found some articles written by actual attorneys and experienced authors. Many of them recommend playing it safe and making everything up. Yet, authors are often advised to include specific details in their writing to make the story more relatable and realistic. For example, instead of writing ‘he got into his car,’ I should write ‘he got into his rusty old Dodge Dart.’ But this could prompt a lawsuit from Dodge, claiming that I maligned their brand by suggesting that their cars are prone to rust.

Prairie Village and Overland Park, Kansas, and Los Angeles, California are obviously real-life places. Since these are in the public domain, it’s unlikely anyone will sue me for using them in a book. Yet, I have read books in which the places are completely made up. I felt that by referring to these cities using their actual names, you could fill in details about what they are like based on your personal experience. This would provide a scenic backdrop for the story and make it more relatable.


In Maybe Next Year, Bryan and Chris often visit a drive-in restaurant and order slushies and junk food. You can probably guess which restaurant chain I’m referring to. Let’s just say that if you were playing Wordle and you started with the word ‘solid,’ three out of five letters would be correct. But at one point, Chris orders a mint chocolate-banana slushie. Bryan scrunches his face into an expression he might make if he caught a whiff of an elephant fart and says, “That sounds disgusting!” So I decided I’d better not use the real name. Besides, I like the name Slush Fun. I think it’s clever and adds a small element of humor to the story. On the other hand, the humor may not register with readers who are unfamiliar with the term which is often used to describe illicit funds used for political bribery. Sounds like a great name for a restaurant chain!

Bryan and Chris frequently hung out at the local mall, as many teenagers do. In this case, there actually was a mall called The Great Mall of the Great Plains. It’s now a vacant lot, except for the Burlington store which remains as a stand-alone building. This Wikipedia page describes its gradual decline during the years Bryan and Chris would have gone there. So, I felt safe referring to it by its actual name. The bookstore they visit is based on a chain that was once a staple of shopping malls across the US – Waldenbooks. Waldenbooks is now defunct and its parent company, the Borders Group, is also now defunct. I probably could have called it Waldenbooks without any problem. But on the off-chance someone still owns the rights to the Waldenbooks trademark, I made up the name Book Galaxy just to be safe.

For the school names, I decided to create fictitious high school names but use real-life university names. That was kind of arbitrary, but if I named a specific high school, that could lead to speculation about whether the characters were based on actual students (who are minors) or teachers. I figured that since universities are well-known public entities with a large number of people, it would be more difficult to make comparisons to actual people who go there. Plus, as with cities, it helps paint the picture in the reader’s mind.

The characters’ names are completely made up. Fun fact: the original name for Dr. Babcock’s wife was Emily. I picked it because it was a common name. But when I was researching the actual high school the fictitious Prairie Village High School is loosely modeled after, I discovered that the assistant band director’s name was Emily Babcock – and Bryan and Chris are in the bands. So just to be safe, I renamed my character Rachel.

At one point in the book, Bryan and Chris play a party game that could be compared to Cards Against Humanity. I made up the answers on the cards (since that’s copyrighted material), but I felt that using the brand name in a non-offensive way would be okay. However, the actual game wasn’t released until May of 2011, and this story takes place in 2007. I hoped readers wouldn’t even think about this, but one of my eagle-eyed beta readers caught it. So, I made up a fictitious name. I wrote a post on Facebook asking people to suggest names. I received some excellent suggestions, and it also generated advance publicity for the book in a non-spammy way. The winning answer came from my husband, Jeff. If you didn’t catch it, the name The Big Black Deck is a variation of the most popular card in the Cards Against Humanity game.

I invite you to subscribe to my newsletter. I'll keep you informed about my upcoming books and offer them to you at a discount.

I'll share background information about the stories and the writing process. From time to time, I may solicit your input which will help make the books even better!

To thank you for joining, I will send my short story, Cruise Virgins. It's about two young men experiencing their first gay cruise. Besides enjoying a good story, you'll meet a few of the characters in my other books.

I’ll only send emails a couple of times a month, and they’ll be interesting and fun, not spammy or salesy. You can unsubscribe at any time.